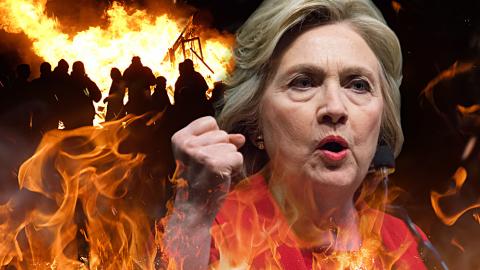 The Wall Street Journal is now reporting that the same Clinton-linked legal team that has been scheming with Rep. Adam Schiff's office to push the deep state lies of the first whistleblower is now claiming to have "multiple whistleblowers." With Democrats and the left-wing media now fabricating literally everything in a last-ditch effort to eliminate Trump from power, this claim carries about as much weight as a five-year-old child saying she has multiple imaginary friends.

Why the sudden panic? Because under the direction of AG Barr, the DOJ is set to release a damning report on criminal FISA abuse (by Comey, Brenna, Obama, Strock and others) within the next two weeks.

Once this report drops, it's going to cause a cascade of deep staters turning on each other to try to save themselves from going to prison. It risks opening up the entire criminal coup attempt masterminded by Brennan and authorized by Obama with a giddy nod from Clinton. Once this report hits, watch for lots of high-level deep state individuals to magically disappear (i.e. get "Arkancided") before they can testify. If you thought Jeffrey Epstein was the only one they would knock off to protect deep state secrets, you've got a whole slew of surprises coming.

Source: Insiders are preparing for a possible physical coup attempt against Trump

If Trump and Barr are able to roll out the evidence implicating Brennan, McCabe, Comey, Obama and Clinton, it's the end of the Democrat criminal cabal for a generation or more. It's also the end of much of the left-wing media, since CNN, WashPost, NYT and others now hire more spooks than journalists, and they function as the propaganda extension of the deep state disinfo engineers.

Once the full truth comes out about CNN's complicity with the criminal deep state actors who attempted to pull off a criminal coup against President Trump (i.e. Brennan, Weissman, Mueller, etc.), the network will have zero credibility remaining and may be shuttered.