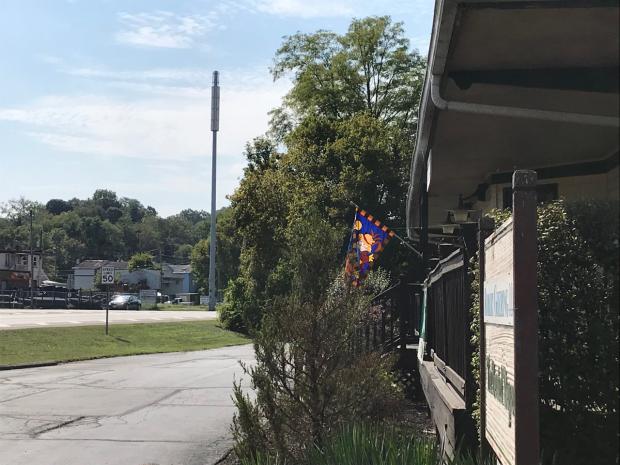 Now, a growing number of Tri-Staters are getting worried about these towers, and the 5G signals they believe they will soon be sending out, as part of the nationwide rollout of faster 5G cell service.

Michelle Krinsky is a nurse who was out walking near her Cleves home earlier this summer, when she looked up and said, "What's that? You can see it's this ugly menace sitting there," she said.

Right at the entrance to the Village of Cleves from US 50 (River Road) is the strangest looking cell tower many people have ever seen.

Dean Beckett, who owns Ann's Tavern nearby, says his customers have been asking him about it.

Krinsky decided to call the village administration office, then Hamilton County, and the State of Ohio, but no one knew anything about it, she says.

The most information she and some other homeowners were able to find out is that the tower is on the US 50 right-of-way, not in the Village, so that local officials would not have to be consulted.