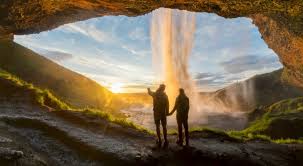 The study examined the categories of health, material wellbeing, finances and quality of life and found that the sparsely populated island nation in the North Atlantic took top honors.

Factors weighing on the U.S.'s rating included an increasing proportion of retirees to working adults — a trend that's stressing the finances of Social Security and Medicare — rising economic inequality, a lower score for happiness and a lower life expectancy despite high spending on health care.

The U.S. is hardly alone in facing demographic challenges. Japan, ranked number 23 overall, leads all countries in its "high proportion of old-age dependents," according to the report, the result of long life expectancy coupled with low birth rates. The country's share of adults age 65 and older is projected to rise from 28% currently to 38% in 2065, and absent policy changes this trend will result in high social security payments and further increases in public debt, the report projected.