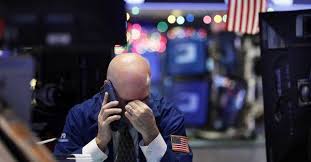 20 minutes after today's repo operation began, it concluded and there was some bad news in it: as we feared, yesterday's take up of the Fed's repo operation which peaked at $53.2 billion has expanded substantially, and according to the Fed, today there was a whopping $80.05BN in bids submitted, an increase of $27 billion, or 50% more than yesterday.

It also meant that since the operation - which is capped at $75BN - was oversubscribed by over $5BN, that there were participants who did not get the last-minute liquidity they needed, and that the Fed will see demands to either expand the size of its operations, or implement a fixed operation and/or transition to permanent open market operations, i.e. QE 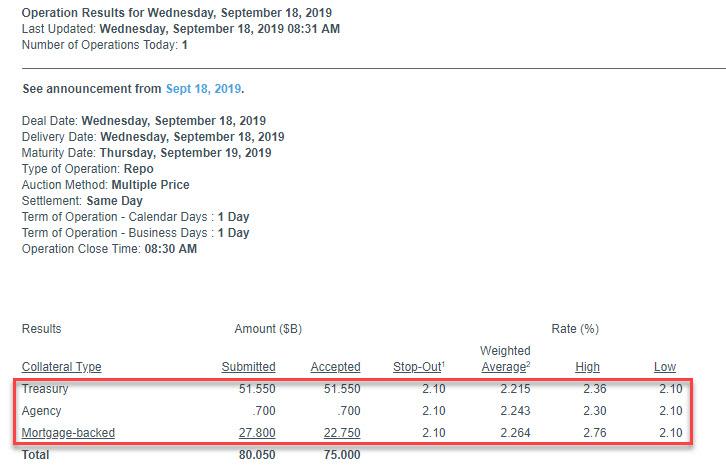 By comparison this is what yesterday's repo operation looked like: 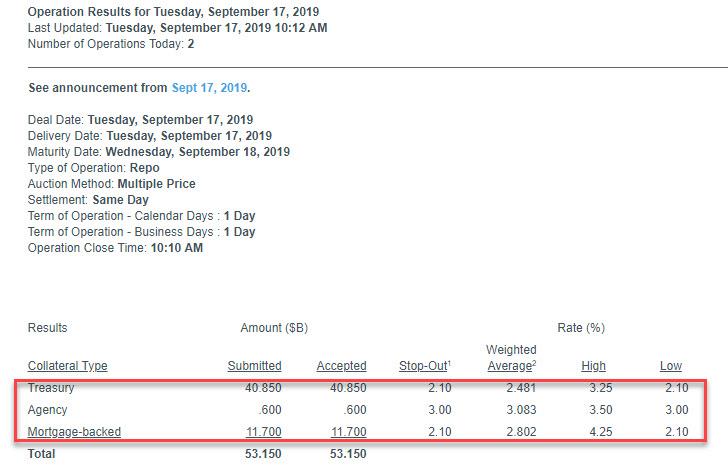 What is immediately notable is that except for agency paper, there was a greater use of both Treasury ($40.9BN to $51.6BN) and Mortgage-backed ($11.7BN to $27.8BN) collateral. The only silver lining: the step out rate on agency paper dropped from 3.00% to 2.1% however with virtually nobody using that, it is a largely meaningless easing in terms.

Finally, the worst news is that immediately after the operation, overnight repo remained elevated, with Reuters reporting the rate was 2.25%-2.60% after the latest repo operation, confirming that the liquidity shortage continues with the high end of repo still far above fed funds.

Yesterday's Fed repo operation - the first direct liquidity injection in a decade - was an unmitigated disaster, with the NY Fed forced to cancel it in the middle due to "technical difficulties" which nobody still know what they were, only to resume it moments later. All we can say is that today the Fed better not fuck this up again, especially with New York Fed President John Williams, senior vice president of market operations Lorie Logan and first vice president Michael Strine all expected to be in Washington for the Fed's two-day central bank meeting.

The Federal Reverse Is Gaslighting America

The Emerging Evidence Of Hyperinflation