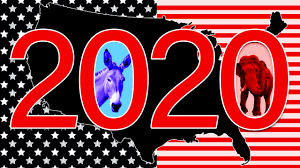 The right will never accept socialism, while the left will accept nothing less.

Those on the left will not allow a Trump victory, even should he win the popular vote and the Electoral College.  They are used to getting what they want and like spoiled brats, have learned that tantrums work.

Should Donald Trump prevail in his bid for a second term, the left will go insane, deploying every "insurance policy" weapon at their disposal to negate four more years of the Orange Man.  What Obama, Comey, and Brennan et al. did to Trump in his first term will seem mild in comparison to what the left is planning should he win.

Antifa, the military arm of the Democratic Party, has not spent the last three years practicing and organizing merely to sit on the sidelines.  They have used the interregnum to mobilize and learn tactics, while probing to find what government will allow, media will trumpet, and the public will endure.