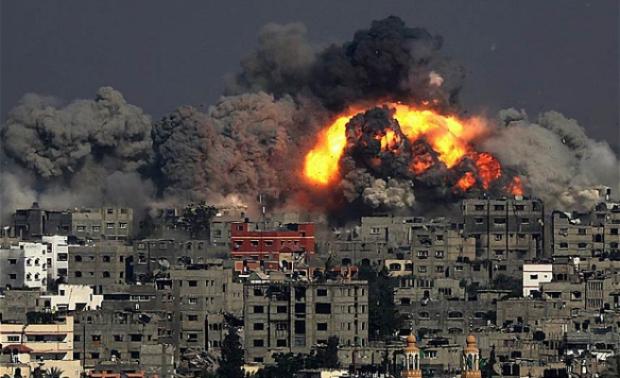 Desperately trying to shore up more votes ahead of Tuesday's election by trying to "out-hawk" his opponents in the center-right Blue and White Party, he said Thursday Israel will probably launch a full-scale war on Gaza "before the elections".

In his comments, which came just after returning from Sochi, Russia where he met with President Vladimir Putin, Netanyahu asserted, "An operation in Gaza could happen at any moment, including four days before the elections." He immediately followed with the dubious assertion, "The date of the elections does not factor [into a decision to go to war]."

And the day before he said similarly during an Israeli radio interview that Israel will be left with no choice but to "topple the Hamas regime" should such a military campaign begin.

As part of a media blitz five days before the elections, he said, "There probably won't be a choice but to topple the Hamas regime. Hamas doesn't exert its sovereignty in the Strip and doesn't prevent attacks."

However, so far it doesn't appear his hawkish rhetoric is substantially moving the polls — unlike past successful appeals to far-right and nationalist sectors.