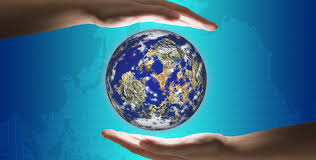 Real scientists have just discovered a massive previously unknown source of nitrogen that could turn the Global Warming nonsense on its head.

My bet is that it will be ignored. There is too much money on the table to just walk away.

This new discovery may dramatically change those dire global warming forecasts that are now a religion.

The findings were published in the prestigious Journal Science, whereby the previous eco-science assumed the only source of nitrogen was the atmosphere. Scientists recently discovered that the planet holds vast storehouses of nitrogen, which is essential for plant life, in its bedrock.

This new discovery alters the entire theory behind Global Warming caused by humans. The University of California at Davis environmental scientist and co-author of the study, Ben Houlton, said, "This runs counter the centuries-long paradigm that has laid the foundation for the environmental sciences."

Now, pay very close attention to the word "paradigm" which he is using. Clearly, if Houlton's discovery of a vast storehouse of nitrogen is correct, then it would have an enormous impact on global warming predictions. Why?

The Child Has Spoken