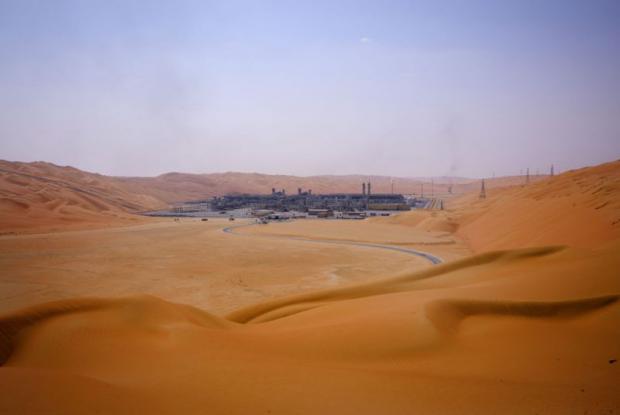 Saudi Arabian Oil Co., or Aramco as the company is known, extinguished a small fire at a natural gas liquids plant at Shaybah on Saturday morning, it said in a statement. There were no casualties and oil operations were not interrupted by the incident.

"We will provide further details as they become available," the company said.

Yemen's Houthi rebel leader Abdul Malik al-Houthi claimed the drone attack in a televised speech. He said the strike was meant to deliver an "important message" to the Saudi-led coalition which has been waging war to unseat the Iran-backed Houthi rebels since they overran the capital about four years ago. The attack is "a joint strike against Saudi Arabia and the United Arab Emirates," according to a tweet published by Houthi-owned al-Masirah TV.

"Saudi Arabia condemns in the strongest terms this cowardly attack, and affirms that this action of sabotage is a continuation of the series of vulgar attacks targeting the global oil supply chain that including those that were recently launched against oil pipelines in the Kingdom and tankers in the Arabian Gulf amongst others," Al-Falih said in the statement.