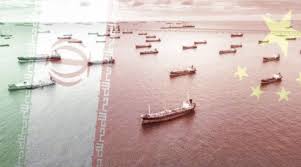 The Trump Administration's decision to reimpose sanctions on the Iranian oil trade has dramatically reduced Iranian crude exports - but it hasn't stopped some of the US's largest economic rivals from accepting shipments of Iranian crude, according to several media investigations. Not only has China continued to import Iranian crude, so have several other Asian and Mediterranean countries, according to data from several tanker tracking services studied by the New York Times and other media organizations.

Per the NYT, in April 2018, before Trump withdrew from the nuclear deal, Iran exported 2.5 million barrels of oil per day. One year later, that figure was at one million. And in June, after the end of the exceptions or waivers, ships in Iranian ports loaded about 500,000 barrels per day, according to Reid I'Anson, an energy economist at Kpler, a company tracking seaborne commodities.

Of course, this fact isn't lost on the Trump Administration, which, according to the FT, has been tracking the movements of tankers linked to China's biggest state-run oil company amid signs that the ships are helping to bring in Iranian crude.

China National Petroleum Corp, via its subsidiary, the Bank of Kunlun, has, in recent months, employed a fleet of tankers to move oil from Iran to China.

And an NYT visualization of tanker traffic shows the route some of these tankers take while moving oil from Iran to China and elsewhere in the region. 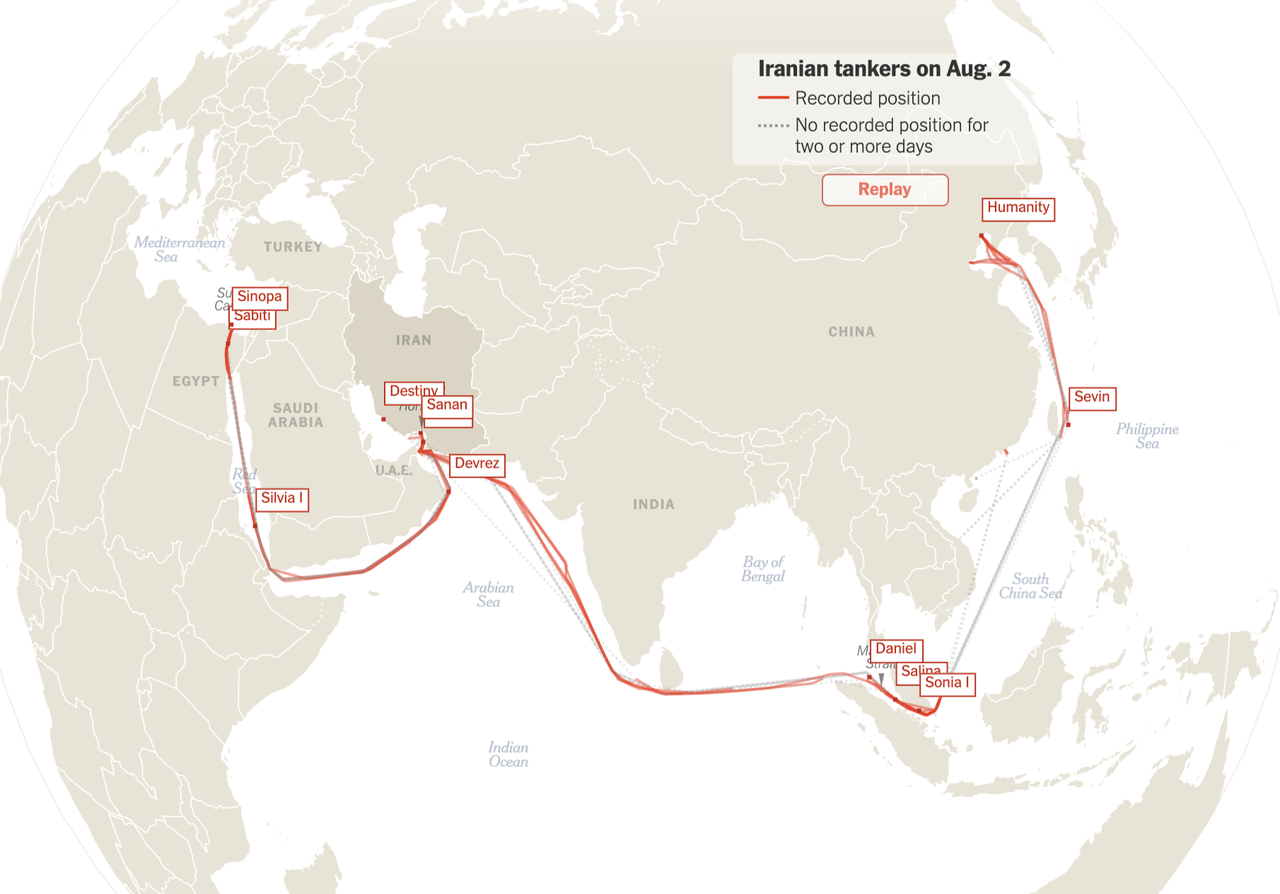 Below are satellite images of some of these tankers docking at Chinese ports. 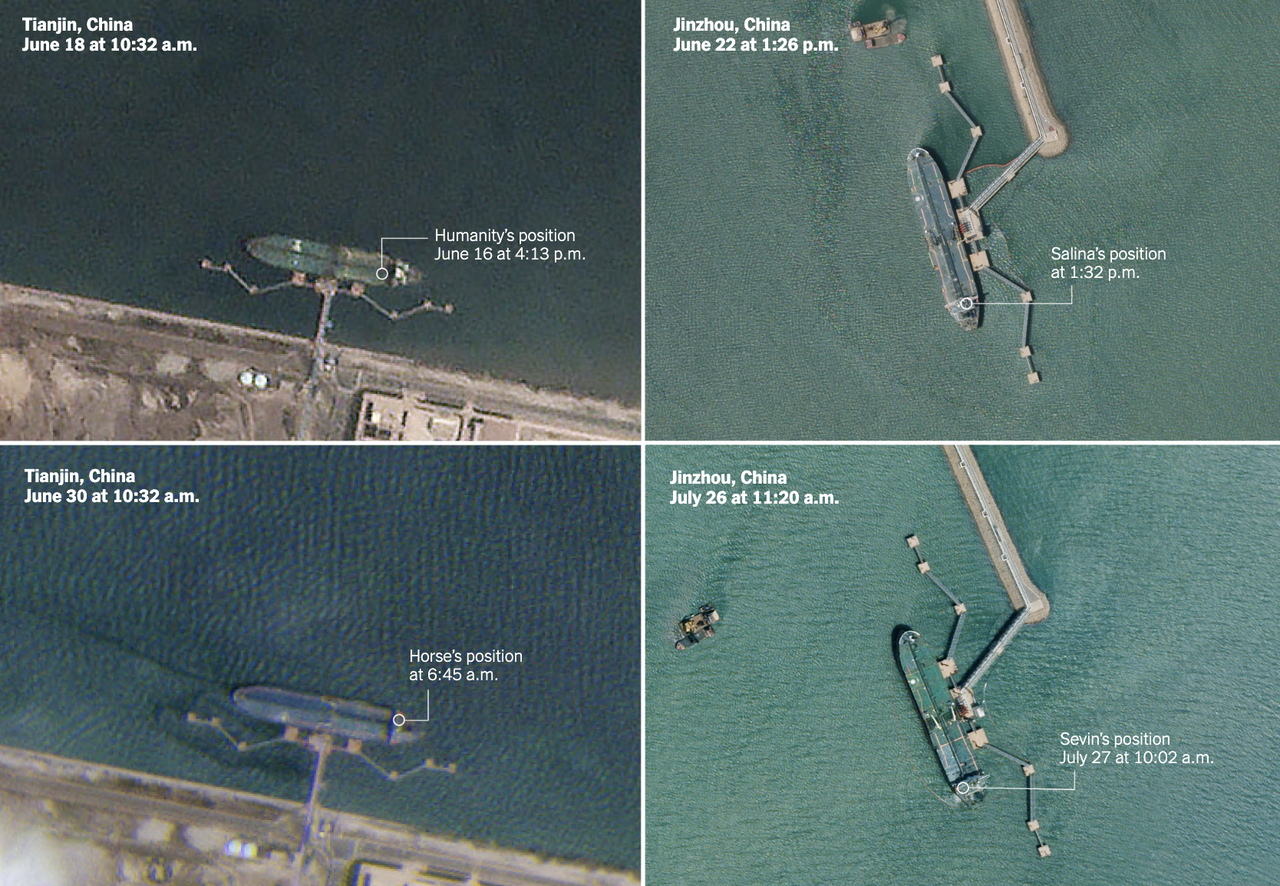 Last week, the Treasury Department sanctioned Chinese oil trader Zhuhai Zhenrong for buying oil from Iran. The decision was intended to send a message to other Chinese firms, and anyone else buying Iranian oil who also hoped to do business with the US.

"Any entity considering evading our restrictions, particularly related to Iranian petrochemicals, should take this message seriously," said one official. "We recently sanctioned Zhuhai Zhenrong...for knowingly engaging in a significant transaction for the purchase or acquisition of crude oil from Iran. This action underscores our commitment to enforcement."

But targeting CNPC would be an especially serious escalation at a time when tensions between the US and China are nearing a breaking point. Even as satellite data and imagery suggest that the tankers linked to Bank of Kunlun are employing tactics including turning off tracking devices and changing their names.

Any US decision to target CNPC would mark a significant escalation given the company's status as China's largest oil producer. Its publicly listed arm, PetroChina, has operations in the US and secondary shares listed in New York, in addition to partnerships with international energy companies such as Ineos.

Bank of Kunlun said it was "not involved in the crude oil import business" and denied having "violated any laws or regulations." But people in Washington familiar with the activities of the bank said it was viewed by the US as a "bad actor." "Bank of Kunlun has always been the sacrificial lamb for CNPC and, more broadly, for the Chinese government," said one former senior US intelligence official. "It is a bank that the Chinese government recognises as expendable in some sense."

With Swarms of Ships, Beijing Tightens Its Grip on South China Sea

The Chinese CASHLESS TAKEOVER! - From Vaccine Passports To Social Credit! -

You already have a Social Score!