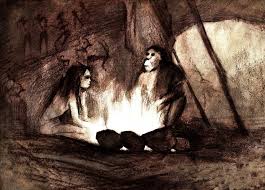 Now researchers from the University of Adelaide have found evidence of two unknown, archaic human species in modern DNA.

Although we won the race to many corners of the world, modern humans weren't necessarily the first hominins to leave Africa. It's long been known that more archaic species like Homo heidelbergensis beat us into Asia and Europe, where they eventually split into sub-species like Neanderthals and Denisovans.

By the time Homo sapiens made it into these regions, other species already called it home. What happened next was only natural – humans bred with these other species.

"Each of us carry within ourselves the genetic traces of these past mixing events," says Dr João Teixeira, first author of the study. "These archaic groups were widespread and genetically diverse, and they survive in each of us. Their story is an integral part of how we came to be.

"For example, all present-day populations show about two percent of Neanderthal ancestry which means that Neanderthal mixing with the ancestors of modern humans occurred soon after they left Africa, probably around 50,000 to 55,000 years ago somewhere in the Middle East."