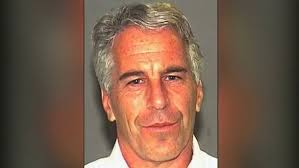 The British socialite accused of being the madam who procured underage girls for Jeffrey Epstein may be co-operating with the FBI, a victim's lawyer has suggested.

Ghislaine Maxwell, 57, was the disgraced billionaire's right-hand woman and introduced him to Prince Andrew and arranged dinners with billionaire Googlefounder Sergey Brin and both President Donald Trump and Bill Clinton.

But David Boies, who represents Virginia Roberts Giuffre - one of Epstein's most vocal accusers, has said that she may now have turned on the disgraced billionaire financier.

Giuffre, 35, alleges she was recruited by Maxwell to have sex with rich and powerful men in 2000 while, aged 16, she was working as a towel girl at President Donald Trump's Mar-a-Lago resort.

'The one person most likely in jeopardy is Maxwell because the records that are going to be unsealed have so much evidence against her,' Lawyer David Boies, who represents Giuffre, told the Miami Herald.