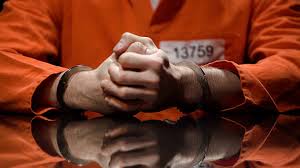 The operation took place through April and May, and involved multiple agencies

More than 50 people have been arrested across the state of Texas as part of a nationwide a sting operations into online child sex crime.

The alleged perpetrators are believed to have attempted to meet up with underage children for sex, while others possessed and promoted child pornography.

The abuses are alleged to have occurred over several months in Montgomery, Fort Bend and Harris counties near Houston. Among those arrested were public employees.