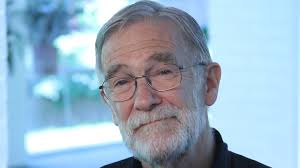 CrowdStrike, the controversial cybersecurity firm that the Democratic National Committee chose over the FBI in 2016 to examine its compromised computer servers, never produced an un-redacted or final forensic report for the government because the FBI never required it to, the Justice Department has admitted.

The revelation came in a court filing by the government in the pre-trial phase of Roger Stone, a long-time Republican operative who had an unofficial role in the campaign of candidate Donald Trump. Stone has been charged with misleading Congress, obstructing justice and intimidating a witness.

The filing was in response to a motion by Stone's lawyers asking for "unredacted reports" from CrowdStrike in an effort to get the government to prove that Russia hacked the DNC server. "The government … does not possess the information the defandant seeks," the filing says.

In his motion, Stone's lawyers said he had only been given three redacted drafts. In a startling footnote in the government's response, the DOJ admits the drafts are all that exist. "Although the reports produced to the defendant are marked 'draft,' counsel for the DNC and DCCC informed the government that they are the last version of the report produced," the footnote says.

In other words CrowdStrike, upon which the FBI relied to conclude that Russia hacked the DNC, never completed a final report and only turned over three redacted drafts to the government.

These drafts were "voluntarily" given to the FBI by DNC lawyers, the filing says. "No redacted information concerned the attribution of the attack to Russian actors," the filing quotes DNC lawyers as saying.

In Stone's motion his lawyers argued: "If the Russian state did not hack the DNC, DCCC, or [Clinton campaign chairman John] Podesta's servers, then Roger Stone was prosecuted for obstructing a congressional investigation into an unproven Russian state hacking conspiracy … The issue of whether or not the DNC was hacked is central to the Defendant's defense."

The DOJ responded: "The government does not need to prove at the defendant's trial that the Russians hacked the DNC in order to prove the defendant made false statements, tampered with a witness, and obstructed justice into a congressional investigation regarding election interference."

Thousands of emails from the DNC server were published by WikiLeaks in July 2016 revealing that the DNC interfered in the Democratic primary process to favor former Secretary of State Hillary Clinton over Senator Bernie Sanders for the party's presidential nomination. The U.S. indicted 12 Russian military intelligence agents in 2018 for allegedly hacking the DNC server and giving the emails to WikiLeaks.

At a time of high tension in the 2016 presidential campaign, when the late Sen. John McCain and others were calling Russian "hacking" an "act of war," the FBI settled for three redacted "draft reports" from CrowdStrike rather than investigate the alleged hacking itself, the court document shows.

Then FBI Director James Comey admitted in congressional testimony that he chose not to take control of the DNC's "hacked" computers, and did not dispatch FBI computer experts to inspect them, but has had trouble explaining why.

In his testimony, he conceded that "best practices" would have dictated that forensic experts gain physical access to the computers. Nevertheless, the FBI decided to rely on forensics performed by a firm being paid for by the DNC.

Suspicions grew as Comey started referring to CrowdStrike as the "pros that they hired." Doubts became more intense when he referred to CrowdStrike as "a high-class entity." In fact the company had a tarnished reputation for reliability and objectivity well before it was hired by the DNC.

Dimitri Alperovitch, a CrowdStrike co-founder, is an opponent of Russian President Vladimir Putin and a senior fellow at the anti-Russian Atlantic Council think tank in Washington.CrowdStrike said it determined that Russia had hacked the DNC server because it found Cyrillic letters in the metadata, as well as the name of the first Soviet intelligence chief—clues an amateur might leave.

But the software CrowdStrike used to blame Russia for hacking the DNC server was later revealed to be so faulty it had to be rewritten.

Of course not. Then the FBI would have to investigate the crimes committed by high level DNC leadership and the white house.