> The stock market is closing in on its all-time high. Here's - Freedoms Phoenix 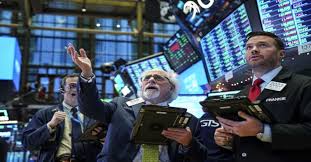 Stocks have rallied on expectations that the Fed should be cutting interest rates in the near future, and that President Donald Trump would stand down from his threat to put tariffs on Mexico, as he did on Friday. The Dow Jones Industrial Average and S&P 500 are both up more about 5% in June. The Dow is up for six-straight days and futures pointed to another big gain Tuesday.

"I think it goes back to its highs. This would be a pretty quick recovery from a pullback. Normally, it takes about a month and a half to get back to breakeven. This could happen in less than half a month," said Sam Stovall, chief investment strategist at CFRA.

Stovall said weak May markets usually lead to a boom in June. The S&P lost 6.6% in May. Going back to World War II, whenever there was a strong start to the year, the market traditionally fell in May but rose in June, and this year was very strong through April.

Stocks started out higher Tuesday morning but gave up gains and were slightly lower Tuesday afternoon. The S&P 500 was 2.3% away from its all-time high of 2,954 through Monday's close while the Dow was 3.3% from its high and Nasdaq was 4% from its record.

Resistance Is Futile - When Does The FOMO Momo Say No Mo'?

A Market Full Of Gaps

Neel Kashkari Appeals To "QE Conspiracists": Show Me How The Fed Is Moving Stock Prices...

All Government Is Evil

Watch – 2A Activist: Media Smearing Virginia Protesters as 'Nothing but White Rednecks'