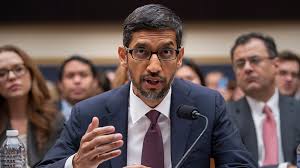 In an interview with Axios on HBO, Google CEO Sundar Pichai defended YouTube's censorship following the sites most recent scandal in which a number of creators had their content demonetized following complaints from Vox journalist Carlos Maza. Pichai spoke with transgender Axios reporter Ina Fried, who advocates for further censorship on the platform in the interview. Pichai discusses YouTube's moderation tactics and plans to introduce more "authoritative sources" and "fact checks" on videos across the platform.

Axios began the interview by asking about questionable content that YouTube has failed to remove, citing a video of a teenager in "Muslim garb" spreading anti-Muslim, ant-Semitic, and homophobic rhetoric. The interviewer asked Pichai what goes through his mind when he sees a video like that on YouTube garner 350,000 views.

Pichai replied that YouTube plans to crack down on "borderline" content that does not violate the rules of the site but that they find objectionable:

You know, I don't know all the details of this specific video, but in general, look, I mean all of us, you know, none of us want harmful content on our platforms. I think last quarter alone we removed 9 million videos from the platform. More recently, we have introduced, you know just like today we do this in search. We, you know, we rank content based on quality. And so we are bringing that same notion and approach to YouTube, so that we can rank higher quality stuff better and really prevent borderline content.