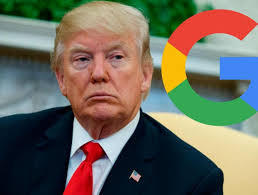 Once shielded by the logic of Silicon Valley's relentless churn of innovation - which dictated that no reigning tech empire could rule for long before going the way of Yahoo and AOL - tech giants like Facebook, Amazon and Google have been subjected to intensifying anti-trust pressure - Elizabeth Warren's "Break up Big Tech"s billboard is only the latest example. Indeed, big tech trust-busting has become one of the few issues in contemporary Washington that garners genuine bipartisan support.

Since the Trump administration swept into power two years ago in spite of thinly veiled opposition from Silicon Valley - as it was later revealed, big tech effectively conspired with the Clinton campaign to hurt Trump's chances - the drumbeat of unprecedented anti-trust scrutiny has grown steadily louder, facilitated by the president's own publicly-voiced suspicions.

And on Friday, the levee finally broke.

Just before midnight on Friday, at the close of what was a hectic month for markets, WSJ dropped a bombshell of a story: The paper reported that the DoJ has opened an anti-trust investigation of Alphabet Inc., which could "present a major new layer of regulatory scrutiny for the search giant, according to people familiar with the matter." The report was sourced to "people familiar with the matter," but was swiftly corroborated by the New York Times, Bloomberg and others.