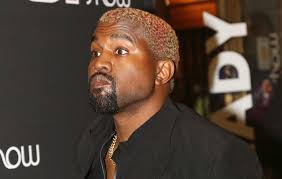 Now, the new season isn't slated for release until next week. But in a preview, the Daily Beast essentially recounts the highlights from the interview, including a statement volunteered by Kanye - because Letterman has opted not to bring up President Trump during these interviews.

Kanye said his decision to wear a 'Make America Great Again' hat isn't about politics - it's about "breaking the stigma" surrounding showing support for the president.

Then, of course, there is Kanye's bizarre love affair with President Donald Trump. When Letterman had Obama on his show last year, he pointedly did not ask him to address his successor directly and again here he does not bring up Trump. But thankfully, Kanye does it for him.

In the midst of a somewhat confusing argument about his "fear" as a man during the #MeToo movement, Kanye says, "This is like my thing with Trump - we don't have to feel the same way, but we have the right to feel what we feel."