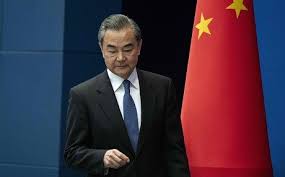 Zarif's meeting with his Chinese counterpart is the first step on a tour of Asia, as Iran canvasses its key economic partners now that US sanctions have been reimposed.

Mr. Zarif's visit to China, where he will meet his Chinese counterpart, is part of a longer trip that includes other key economic partners Russia, Japan and India. It comes amid growing tensions between Washington and Tehran, which spiked over the past week when the U.S., citing unspecified intelligence, deployed an aircraft carrier, a bomber task force and other personnel to the Middle East.