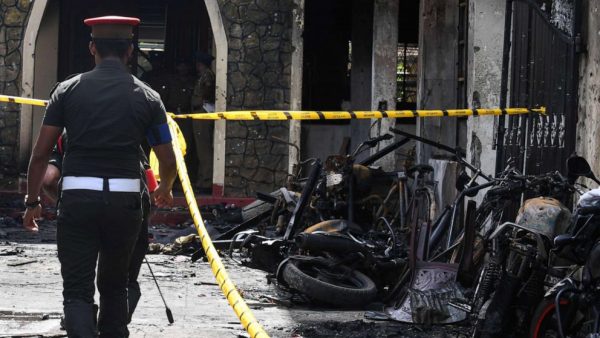 The bombings in Sri Lanka have once again put a spotlight on the rising tide of violence against Christians all over the world.  According to Open Doors USA, an average of 105 churches and/or Christian buildings are burned or attacked every month.  That is more than three per day, and almost all of those attacks get ignored by the mainstream media in the western world.  In addition, an average of 345 Christians are killed for faith-related reasons every single month.  Of course these numbers will soon be out of date, because violence against Christians continues to escalate all over the globe, and the horrifying attacks that we just witnessed in Sri Lanka are a perfect example.  The following comes from CBS News…

A series of eight bombings in Sri Lanka targeting Christian churches and hotels in three cities killed at least 207 people and wounded up to 450 others on Easter Sunday. Defense Minister Ruwan Wijewardene described the coordinated blasts as a terrorist attack by religious extremists.

Why does the mainstream media have to be so politically-correct all the time?

Of course this comes right on the heels of the fire that almost destroyed the Notre Dame Cathedral.  Authorities are still attempting to determine the cause of that fire, but we do know that many other churches have been hit by vandals and arsonists in France since the beginning of February…

Vandals and arsonists have targeted French churches in a wave of attacks that has lasted nearly two months.

More than 10 churches have been hit since the beginning of February, with some set on fire while others were severely desecrated or damaged.

Antifa is real. It's violent. And you need to plan for it.

Two Types of Terror in Michigan

Left-wing arsonists are setting many of the wildfires in Western states… but why?

From Terrorists to Viruses: Dystopian Progress

Wildfires in the West could be coordinated arson attacks, says federal law enforcement

Teen, 17, Absurdly Charged With Murder In Kenosha For DEFENDING Himself --