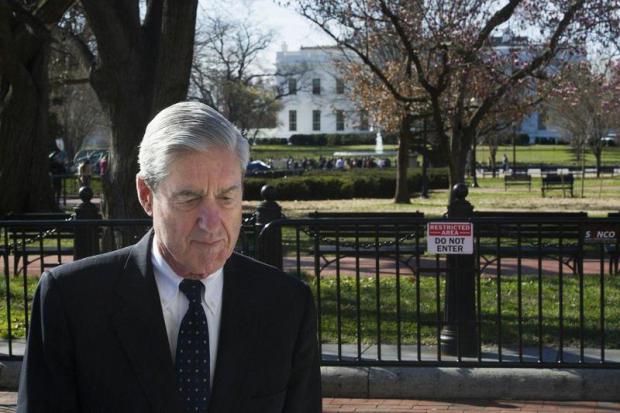 Prosecutors closely examined whether Donald Trump or members of his 2016 campaign conspired with Russia to release emails which were damaging to Hillary Clinton's campaign and the DNC, and/or any involvement with the Kremlin's social media disinformation campaigns.

The investigation also covered whether Trump associates operated as unregistered Russian (and in one case Israeli) agents, and whether the infamous June 9, 2016 Trump Tower meeting with a Russian attorney violated campaign finance laws as a "thing-of-value" offered by foreign governments, or crossed any other legal boundaries.

At the end of the day, Mueller and his team did not find that any Trump campaign associates were operating on behalf of a foreign government in connection with the 2016 election. Mueller did, however, find Trump campaign manager Paul Manafort and his deputy Rick Gates guilty of crimes connected to their work for the Ukrainian government prior to their involvement with Trump.

There are a mountain of pages and footnotes to go through, but here are some takeaways so far:

Mueller was unable to establish that Trump committed any underlying crimes.

"Unlike cases in which a subject engages in obstruction of justice to cover up a crime, the evidence we obtained did not establish that the president was involved in an underlying crime related to Russian election interference," the report reads.

The special counsel's office considered prosecuting the Trump Tower meeting as a campaign-finance violation, however declined because they didn't have "admissible evidence" likely to prove that Trump officials "wilfully" acted, or that the information offered by the Russians exceeded the threshold for prosecution.

Interestingly - the Mueller report completely omits the involvement of Fusion GPS in the Trump tower meeting - as the Russian attorney involved in it, Natalia Veselnitskaya, was a Fusion GPS associate and met with founder Glenn Simpson before and after the Trump Tower meeting.