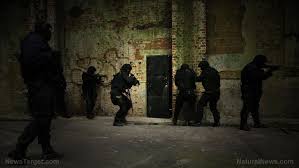 The Supreme Court of the State of New York has overturned the medical martial law declaration of Rockland County, NY, whose "head executioner," Ed Day, had declared a state of emergency and threatened to imprison children and teens for up to six months if they were caught in public unvaccinated.

In utter violation of human rights and civil liberties, Ed Day had threatened all the children of Rockland County with jail time if they dared step foot in a church, school, mall, government building, public library or a public transportation bus. The declaration was obviously pushed by Big Pharma, and Ed Day is on the record working hard to roll out the red carpet for biotech companies as part of his "economic growth" strategy for Rockland County. (See video below.)

His emergency declaration, not surprisingly, was based on total quackery and medical fearmongering. Even the NY Supreme Court confirmed that, calling the medical martial law declaration "arbitrary and capricious," which is the court's way of saying that Ed Day is a lunatic medical tyrant who ginned up a declared emergency for no justifiable reason.