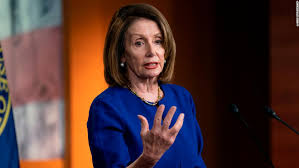 In an interview with the Washington Post yesterday, House Speaker Nancy Pelosi announced that she opposed the impeachment of President Trump. This comes shortly before Mueller's investigation into Trump-Russia collusion is expected to wrap up.

"I'm not for impeachment," Pelosi told the Post. "This is news. I'm going to give you some news right now because I haven't said this to any press person before. But since you asked, and I've been thinking about this: Impeachment is so divisive to the country that unless there's something so compelling and overwhelming and bipartisan, I don't think we should go down that path, because it divides the country. And he's just not worth it."

The response to Pelosi's remarks has been swift and strong.

"Wrong!" exclaimed MSNBC's Russiagate con man Malcolm Nance via Twitter. "What the hell is wrong with the @SpeakerPelosi Congress that they absolve themselves of their duty! Nothing is criminal anymore?! Trump can do and say like a dictator as he pleases? All of his crimes are OK even if you see them? This requires a public outcry. #Disgraceful"

"I like Speaker Pelosi but this is NOT the right approach," tweeted Michael Avenatti of Stormy Daniels fame. "If Trump has committed impeachable offenses, he must be charged and he must face a trial in the Senate. Would the Repubs take this approach? Hell no! And this is why we get outplayed."