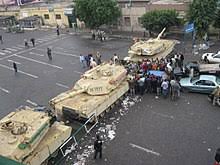 Part of that end-game, I believe, is the eventual erasure of individual liberties and the implementation of martial law in the US.   However, the establishment quest for government lockdown requires something very special in order to succeed – They need a considerable percentage of the population to support and defend it.

Governments rarely attempt outright martial law. The reason should be obvious; no military, no matter how advanced, has the capacity to suppress a unified citizenry. If the public is armed, the task becomes even more impossible. The laws of attrition alone would make the conflict bloody and costly.

Martial law is a mechanism that cannot be exploited in a vacuum. The-powers-that-be understand that it can only be used when a large percentage of the public is conned into supporting it. This is usually accomplished through the triggering of engineered crisis events, but there is also another method for getting the masses to back martial law, and that is to push both sides of the political spectrum to extreme zealotry until one side decides to use government as a weapon against the other.