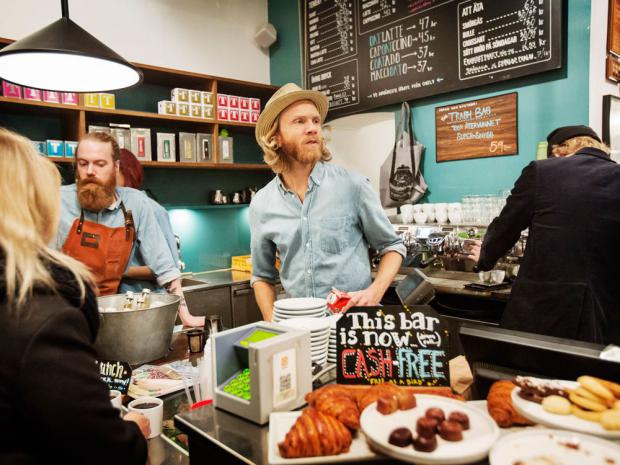 Few countries have been moving toward a cashless society as fast as Sweden. But cash is being squeezed out so quickly — with half the nation's retailers predicting they will stop accepting bills before 2025 — that the government is recalculating the societal costs of a cash-free future.

The financial authorities, who once embraced the trend, are asking banks to keep peddling notes and coins until the government can figure out what going cash-free means for young and old consumers. The central bank, which predicts cash may fade from Sweden, is testing a digital currency — an e-krona — to keep firm control of the money supply. Lawmakers are exploring the fate of online payments and bank accounts if an electrical grid fails or servers are thwarted by power failures, hackers or even war.

"When you are where we are, it would be wrong to sit back with our arms crossed, doing nothing, and then just take note of the fact that cash has disappeared," said Stefan Ingves, governor of Sweden's central bank, known as the Riksbank. "You can't turn back time, but you do have to find a way to deal with change."