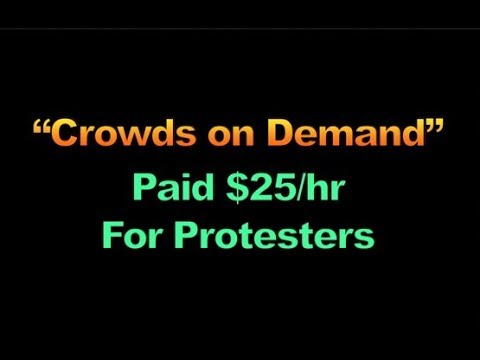 President Donald Trump and his fellow Republicans have speculated for years that liberal protesters are often paid to show up.

The mainstream media dismissed the idea as a conspiracy theory — until The Los Angeles Times recently discovered it could indeed be true.

A new report names a Beverly Hills firm, Crowds on Demand, as a company that supplies liberal leadership with protesters to fight against social and political issues. The Crowds on Demand website claims they provide clients with "protests, rallies, flash-mobs, paparazzi events and other inventive PR stunts.… We provide everything including the people, the materials and even the ideas."

Since the 2016 presidential election, interest in paid protesters has plagued various political events.

He wrote on Twitter, "Just had a very open and successful presidential election. Now professional protesters, incited by the media, are protesting. Very unfair!"

Are YOU Willing To Disobey? | How Disobedience can SAVE Us