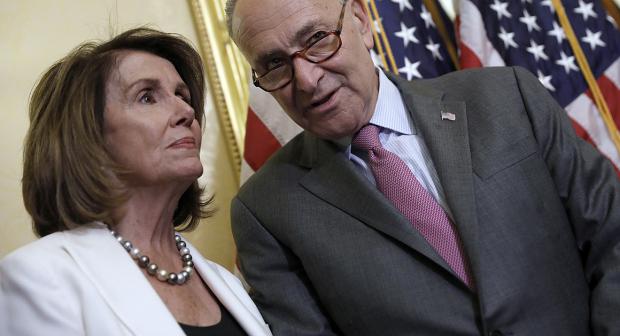 On Monday, President Trump demanded that documents related to the Russia probe be declassified. In response, Democrat Congressmen, Nancy Pelosi, Chuck Schumer, Adam Schiff, and Mark Warner, who are on the Intelligence Oversight Committee, sent a letter to top intelligence leaders reminding them that they had agreed they "would not provide the White House or any of the President's attorneys with access to sensitive information briefed to a small group of designated Members." In other words, these intelligence officials who are part of the Executive Branch, which is subject to the authority of the President, agreed to withhold information from their boss. [If the President runs true to form, he will do nothing about this. He may not even mention it.] -GEG

I've probably reviewed thousands of congressional letters, and intelligence committee letters from oversight, along with even more executive agency responses.  In fact, CTH has shared hundreds of outlines covering granular details within many of the internal memos and correspondences.  However, I have never seen anything like this before.