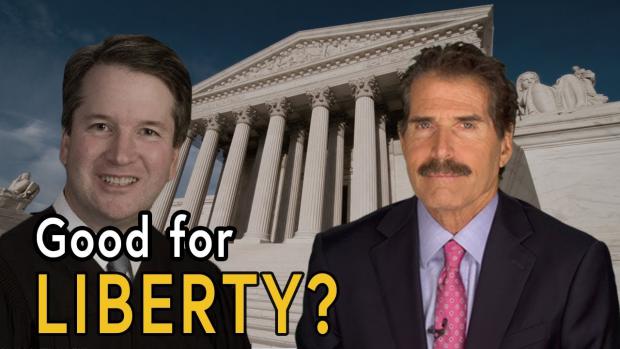 John Stossel wonders whether Kavanaugh will be good for liberty.

Libertarians are right to worry. Kavanaugh has shown deference to government when it spies on people.

In one case, Kavanaugh allowed the government's "metadata collection program", in which the government stored phone data on millions of Americans.

Kavanaugh even went out of his way give comments on that case, saying the metadata program "serves a critically important special need—preventing terrorist attacks on the United States."

But a government report later found that: "we are aware of no instance in which the program directly contributed to ... disruption of a terrorist attack."

Yes, says Ilya Shaprio, the CATO Institute's senior fellow in constitutional studies, Kavanaugh disagrees with libertarians on national security. But on just about every other issue, Kavanaugh would likely advance liberty.

Shapiro notes that Kavanaugh is one of the best judges in the country at opposing government regulation on individuals and companies. As a judge on the U.S. Court of Appeals for the D.C. Circuit, Kavanaugh tried to strike down lots of regulations: net neutrality, EPA admissions rules, and the Consumer Financial Protection Bureau. He didn't always succeed, but he argued that they were all bureaucratic overreaches.