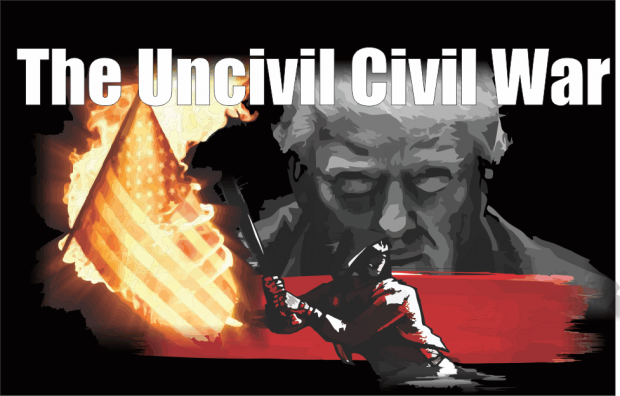 Hatred of one another is becoming the norm and this is how civil wars begin.

A girl in California knocked someone's MAGA hat off and slapped her teacher.

The examples are many. Just yesterday, a girl in a small town in California was arrested because she stole another student's MAGA hat and then slapped her teacher as he escorted the ranting young woman from the room.

But of course, in the comments of certain outlets, some people are defending her.

"Maybe the shouldn't alow [sic] hats like that to be worn in school as it is incitement to say the least."

Wearing a MAGA hat is the same as wearing a swastika, and the people who wear them know it. We all know what they mean by it. Good for this girl. She had the guts to stand up to nazis. Hey, free speech: If this guy walked in with a swastika on his hat would it be OK to knock it off? I always wondered how I'd feel if I was growing up in nazi germany. Would I have the guts to fight? This girl has guts. America fought a war to take out the nazis and now we have a lying, crooked, sick wanna be nazi and fake businessman / tv reality idiot running the country with the help of the Russians. You people want to wear that hat? Be ready for normal people to think you're a traitor. (source)

For the most part, though, people voiced their approval that the girl is facing some discipline.

It isn't just high school students who are being cheered for uncivil behavior. After a violence erupted last month in Charlottesville and Washington, DC, Chris Cuomo passionately defended the actions of Antifa.

The CNN anchor said there could be no "moral equivalency" between violence from the two camps and that outbursts from those protesting hate was more excusable than those promoting hate.

"It's not about being right in the eyes of the law, but you also have to know what's right and wrong in a moral and a good and evil sense," said Cuomo  "That's why people who show up to fight against bigots are not to be judged the same as the bigots, even if they do resort to the same kinds of petty violence. The law will take care of that."

…Cuomo also said that the issue was comparable to fighting an immoral enemy in a war or the civil rights movement.