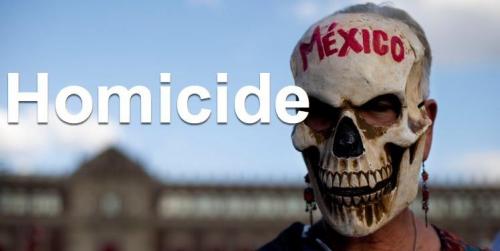 Mexico posted its highest homicides on record, with a new government report Sunday showing murders in the country rose by 16 percent in the first half of 2018.

The Interior Department said there were 15,973 homicides in the first half of the year, compared to 13,751 killings in the same period of 2017.

According to the AP, the record-breaking homicides have surpassed the violence seen during the dark years of Mexico's drug war in 2011, along with exceeding all government data since records began in 1997.

At these crisis levels, the department's homicide rate for the country stands around 22 per 100,000 population for year-end estimates — near the level of Columbia 24.2 and Guatemala 26.0.

Security analyst Alejandro Hope told the AP, "the figures are horrible, but there are some signs that are halfway encouraging."

For example, the growth in homicides could be slowing; murders were up only about 4 percent compared to the second half of 2017. "The curve may be flattening out," Hope noted, though he warned his forecast could be incorrect.