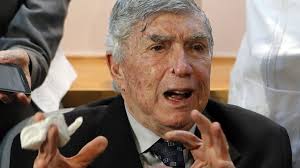 Luis Posada Carriles, the most notorious and wanted terrorist in the Western Hemisphere – but one few Americans have ever heard of – has died a free man in Miami at age 90.

The Miami Herald reports Posada Carriles died peacefully in his sleep in a Hollywood, Florida hospital early on May 23 following a lengthy battle with throat cancer.

At the time of his death, Posada Carriles, a staunchly militant anti-Castro Cuban exile and former longtime CIA agent, was wanted by authorities in Cuba and Venezuela for his leading role in masterminding the 1976 bombing of a Cuban commercial airliner over the Caribbean, an attack that killed 73 innocent people. He is also wanted for orchestrating a string of terror attacks on Cuban hotels and for repeatedly plotting to assassinate the late Cuban president Fidel Castro.

Posada Carriles and Castro were actually acquaintances during their pre-revolution college years at the University of Havana. Both equally despised the brutal US-backed Cuban dictator Fulgencio Batista. However, after Castro's revolution overthrew the Batista regime Posada Carriles was briefly jailed before fleeing his homeland for Argentina, then the United States.

When the John F. Kennedy administration decided to wage covert warfare against Castro's Cuba, Posada Carriles was one of the young CIA-trained exiles who planned the ill-fated 1961 Bay of Pigs invasion. Following that colossal embarrassment, he received explosives and sabotage training at Ft. Benning, Georgia during a period of rising US support for anti-Castro terrorism, crimes which included a rocket attack on the United Nations in a failed bid to assassinate Che Guevara.

The CIA set up a station at University of Miami, where agents plotted to kill or overthrow Castro and where operatives planned and launched countless terror and sabotage missions. Militantly anti-communist exile groups trained and operated throughout South Florida, with secret camps popping up in the Everglades. In the 1970s, a wave of bombings, assassinations and other attacks on pro-Castro exiles in South Florida and far beyond earned Miami the FBI nickname of America's "terrorist capital."