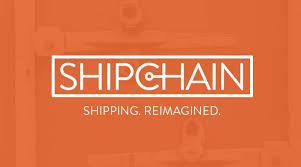 The securities division of the South Carolina's Office of the Attorney General has ordered blockchain startup ShipChain to stop operating in the state. The securities commissioner sent a cease-and-desist order to the company for allegedly violating securities laws.

According to the order, ShipChain, which is a freight logistics platform built on the Ethereum blockchain, has been "offering investment opportunities" in its project and marketing its tokens to South Carolina residents both online and at live events, yet has not registered as a broker-dealer to operate in the state. The ShipChain ecosystem is fueled by ShipCoin, a cryptocurrency that is the sole payment method on the company's platform.

"It is in the public interest, for the protection of investors, and consistent with the purposes of the Act that Respondent be ordered to cease and desist from engaging in the above enumerated practices, which constitute violations of the Act, and pay an appropriate civil penalty for its wrongdoing," the order states.

South Carolina securities law states that "investment contracts constitute securities", and it's illegal to sell securities that are unregistered in the state. As a result, ShipChain, which is domiciled in Wilmington, Delaware, "transacted business … as an unregistered broker-dealer" and broke the law. The cease-and-desist letter was sent to ShipChain care of attorney, Julian Zegelman of Velton Zegelman in San Jose, Calif.

The investigation is underway and it's a part of a broader sweep by the North American Securities Administrators Association announced in recent days dubbed "Operation Cryptosweep". The sweep is designed to "crack down on fraudulent Initial Coin Offerings (ICOs), cryptocurrency-related investment products, and those behind them" across the United States and Canada. Dozens of investigations are either pending or have been completed in the month of May alone, and ShipChain is named among them.

ShipChain isn't being accused of promising any pie-in-the-sky returns or operating a scam. The focus of the order is squarely on the fact that the company is marketing and selling investment contracts directly to South Carolina residents without registering the digital currency as a security.