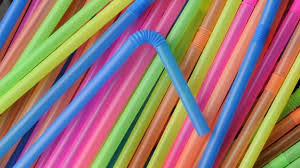 In the land of the free, waiters and waitresses who offer their customers an unsolicited straw could soon be facing up to 6 months in jail and a $1,000 fine. Seriously.

Thanks to the state of California, who has outlawed everything from plastic bags to bathhouses, lawmakers have proposed a bill to cut down pollution by using cops to punish the service industry for senselessly providing customers with straws without the customer demanding one.

Ian Calderon, the Democratic majority leader in California's lower house, has introduced the bill which serves to create a police state inside restaurants.

According to the legislation, "This bill would prohibit a food facility, as specified, where food may be consumed on the premises from providing single-use plastic straws to consumers unless requested by the consumer. By creating a new crime and imposing additional enforcement duties on local health agencies, this bill would impose a state-mandated local program."

Those who violate this insane dictate would "be guilty of a misdemeanor with each offense punishable by a fine of not less than $25 or more than $1,000, or by imprisonment in the county jail for a term not exceeding 6 months, or by both."

Nothing Orwellian to see here.