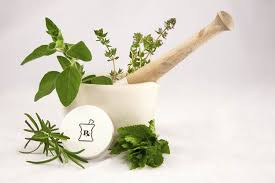 Just when health authorities on both sides of the Atlantic Ocean are activating plans to regulate homeopathic remedies and essentially make them drugs by having to prove their effectiveness, developing science says homeopathy may not operate solely by inducing a placebo effect.

In what appear to be concerted efforts, both the U.S. Food & Drug Administration and the National Health Service in Great Britain are coming down hard on homeopathic remedies, enough to scare consumers completely away from what homeopaths have safely offered the public for decades.

In Britain, 18 homeopathic remedies have been scrapped from a list of treatments that previously covered for reimbursement by the National Health Service.

The defunding of homeopathy in England is said to have "delighted decision makers."  The NHS also blacklisted herbal medicines and categorized them as placebos.

A headline for a front-page story published in the UK's INDEPENDENT newspaper reads: "Thank God the NHS has come to its senses over homeopathy."

On this side of the pond the FDA traced 370 adverse events to belladonna-based teething tablets occurring over a period of ten years (2006-2016).  Eight cases of infant deaths were associated with use of the teething tablets but a causal relationship has not been confirmed.

The FDA also targeted zinc-based intranasal cold remedies for inducing a loss of smell (Zicam swabs) but not oral zinc acetate or zinc gluconate lozenges, which are probably the best cold remedy ever marketed, reducing the duration of a cold by 33%. The inventor of zinc lozenges suggests zinc acetate lozenges are superior to zinc gluconate and when properly dosed shortens common colds by 6-7 days.  Proper dosing (80-92 mg) appears to be important.