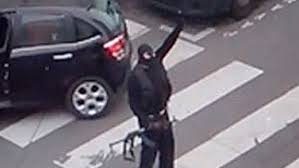 This interpretation is based on a fallacy. Al Qaeda was created by the CIA in the heyday of the Soviet-Afghan war. Al Qaeda is an instrument of US intelligence, a so-called "intelligence asset".

In Syria, all the Al Qaeda affiliated entities  involved in terrorists endeavors including the ISIS are supported covertly by the US and its allies including Israel.

According to Mark Taliano, the CIA's annual CIA budget in support of Al Qaeda and ISIS in Syria is of the order of one billion dollars a year. The Al Qaeda rebels are the foot-soldiers of  US-NATO-Israel.

Media explanations often border on ridicule. There is no such thing as "moderate terrorists" fighting against US imperialism. This twisted interpretation is intended to create confusion.

Moreover, lets be clear: Washington has never engaged in a meaningful "counter-terrorism" operation. Quite the opposite, the U.S. is a bona fide "State sponsor of terrorism", providing money and weapons to the various Al Qaeda affiliated entities in the Middle East, Africa and South East Asia.

Below is a selection of articles. The fundamental question: Who Drives Terrorism.