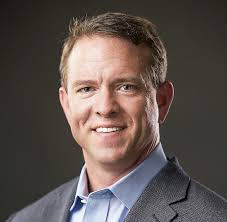 The county sheriff in Bentonville, Ark. is mining bitcoin as part of a program to prevent cyber crime, according to the Northwest Arkansas Democrat Gazette. Detectives interviewed about the initiative did not give a lot of details about the program, but said the sheriff is using bitcoin for undercover operations. One detective interviewed said the department is entering the deep web to patrol its "neighborhoods" as well as its "main highways."

Sheriff Shawn Holloway told a recent conference that he is using bitcoin to address cyber crimes which are a growing problem.

Nathan Smith, the county prosecutor who was consulted in developing the program, said the program will likely be refined. Smith said efforts to battle online crime has a direct impact on community safety.

The detectives mine bitcoin instead of buying it in order to know the bitcoin they are using has not been used already for illegal purchases. Mining also allows them to get bitcoin without spending taxpayer funds. In addition, by mining, they are able to get bitcoin in a way that is not likely to arouse suspicions by other users.

The division is part of a mining pool that combines different miners' resources to share their processing power over the network.

Rankin said it is necessary for law enforcement to change its methods as criminals change theirs.

Zach Steelman, an assistant professor of information systems at the University of Arkansas, Fayetteville, said mining is a better way to enter the bitcoin market without throwing up red flags.

David Undiano, another detective, said the division has not yet spent any of the bitcoin accumulated so far. He said the division needs to finish collecting data and consult with experts and officials to determine how much currency they need.