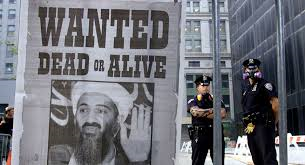 The article below entitled Who is Osama bin Laden? was drafted on September 11, 2001. It was first  published on the Global Research website on the evening of September 12, 2001.

Since 2001, it has appeared on numerous websites. The original September 11, 2001 posting became one of the most widely read articles on the internet, pertaining to Osama bin Laden and Al Qaeda. Since then it has been carefully "recategorized" by the Search engines. It no longer appears in the top pages of google.

The Global Research website was launched 16 years ago on the 9th of September 2001.

The original post of this article was among the first articles published by Global Research.

The original url was:

From the outset, the objective was to use 9/11 as a pretext for launching the first phase of the Middle East War, which consisted in the bombing and occupation of Afghanistan.

Biden Is Doing the Pentagon's Bidding on Afghanistan

CNN director brags: "We got Trump out" … the next thing is Climate change

4/13/21 Gareth Porter on Staying in Afghanistan, the Iran Deal and Getting Shut Out of Vietnam

NATO Says Afghanistan Withdrawal to Begin on May 1

Big Tech Is Pushing States to Pass Privacy Laws, and Yes, You Should Be Suspicious

Gun Control Is Here! Everything You Need to Know