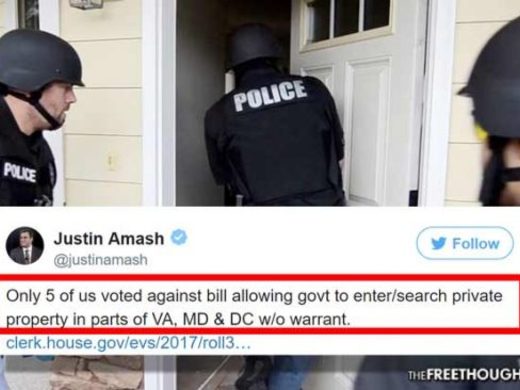 A bill that will allow homes to be searched without a warrant was passed with overwhelming support by the United States Congress, and signed into law by President Trump—and it happened with no media coverage and very little fanfare.

On the surface, House Joint Resolution 76 looks harmless. The title of the bill claims that its purpose is "Granting the consent and approval of Congress for the Commonwealth of Virginia, the State of Maryland, and the District of Columbia to enter into a compact relating to the establishment of the Washington Metrorail Safety Commission."