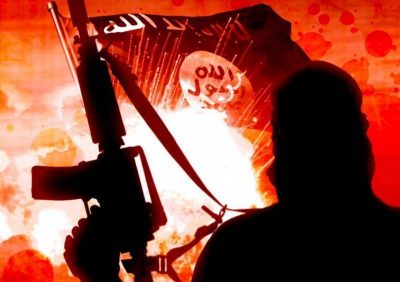 It is important to tell the truth. Terrorism in its various manifestations is generated and fomented by the aggressions of the West throughout the world.

Aggressions against whole nations. Aggressions of the past, but above all domination, plunder and the slow and inexorable destruction of national economies and the social fabric of a increasingly large number of countries.

A total of 55 wars implemented directly or by proxy by the West including US-NATO since the beginning of the 20th century.

The fallacious discourse propagated in the international political arena continues to legitimize Western warfare operations, by hiding the factors behind them. This assertion is corroborated by all those who have understood the underlying stratagems of propaganda of power politics. Two of them, Noam Chomsky and André Vltchek, proposed an analysis of this global situation in a book published by Éditions écosociété, entitled "The Wes' Terrorism [L'Occident Terroriste]. From Hiroshima to the Drones' War". They give a picture of past centuries:

"There are certainly two ways of talking about terrorism, because terrorism is not considered as such when it is practiced (and in a much more deadly form) by those who, Their power, are adorned with virtue. "

"Since the end of the Second World War, Western colonialism and neo-colonialism have caused the death of 50 to 55 million people, most often in the name of lofty ideals such as freedom and democracy. Yet the West manages to escape with impunity and to maintain, in the eyes of the rest of the world, the myth that it is invested with some moral mission."

How does it work? Both authors criticize the fatal legacy of colonialism and the shameless exploitation of natural resources of the planet in the West. This book of interviews is augmented by two articles published in the wake of the attack on the satirical weekly Charlie Hebdo in Paris in January 2015, denouncing Western hypocrisy for terrorism 'It has largely contributed to developing'.

The theses propagated in the West are those of the conquerors. All those who oppose the policies of intervention in the world by the Western powers are labeled terrorists or enemies of democracy. In this context, there is no mention of the process of militarization of economies and societies.

The capitalist state takes over the world's political and social scene and acts in a dictatorial way in collaboration with the mainstream media which echo this situation by normalizing it in the eyes of the public.

Lies and false truths are then propagated ad nauseam, all supported by experts selected to corroborate them. It is the spread of the single thought so much decried in recent decades. It is the general wandering which develops the syndrome of the enemy and attacks on the individuals with the so-called terrorist profile according to the definition proposed by the Western experts.

The Feminization of Western Man

The Covid-19 Baby Bust is Here and It's Likely Permanent

The Truth About Bill Gates