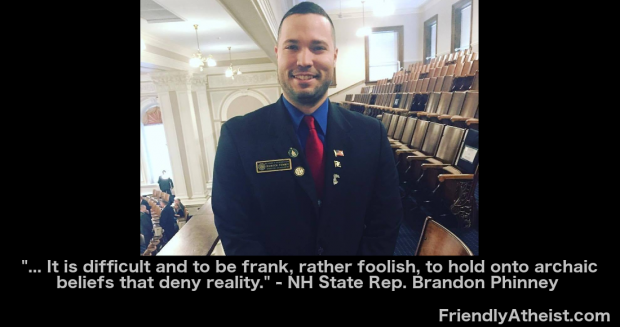 For the third time this year, a sitting state legislator has left his party and joined the LP. Rep. Caleb Q. Dyer (Hillsborough 37) switched to Libertarian from Republican in February, and Rep. Joseph Stallcop (Cheshire 4) left the Democratic Party in May.

Darryl W. Perry, Chair  of the New Hampshire Libertarian Party, welcomes any others, unhappy with their party leadership, to join the LP.

"When the Libertarian Party had ballot access in the 1990s, the Libertarian House Caucus had four members," Perry said. "It is my hope and desire that the civil libertarians, classical liberals, and philosophical libertarians in the New Hampshire General Court will show the same courage shown by Reps. Dyer, Stallcop, and, now, Rep. Brandon Phinney, and abandon the two-party system that has for so long burdened us with taxation, regulation, and legislation that has trampled our freedoms."