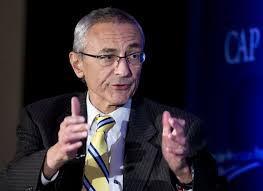 Podesta will be one of the committee's first major witnesses to meet with the panel behind closed doors as it tries to determine the extent of the Russian involvement in last year's campaign and whether any of President Donald Trump's associates coordinated with the Russians.

The committee sent out requests to interview six witnesses this week, sources said, with Podesta expected to be interviewed next week in a classified session. The committee is expected to question Podesta about the leak of thousands of his emails, which became a political headache and embarrassment for Clinton in the heat of the campaign season.

Podesta's appearance comes days after the panel's leaders met behind closed doors this week with special counsel Robert Mueller, who is trying to ensure that the multiple investigations on Capitol Hill do not conflict with his ongoing probe into Russia meddling and whether there was any criminal activity by Trump associates.

A spokeswoman for Rep. Mike Conaway, the Republican now running the investigation, declined to comment. Rep. Adam Schiff, the top Democrat on the panel, also would not comment.