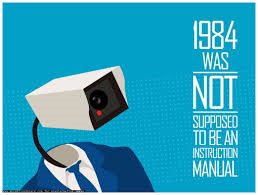 "You had to live—did live, from habit that became instinct—in the assumption that every sound you made was overheard, and, except in darkness, every movement scrutinized."—George Orwell, 1984

Privacy advocates are hailing it as a major victory for Americans whose communications have been caught in the NSA's dragnet.

If this is a victory, it's a hollow victory.

Since its creation in 1952, when President Harry S. Truman issued a secret executive order establishing the NSA as the hub of the government's foreign intelligence activities, the agency has been covertly spying on Americans, listening in on their phone calls, reading their mail, and monitoring their communications.