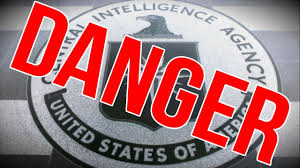 WikiLeaks may have finally done what many small and anti-government advocates have only dreamed of. They exposed the Central Intelligence Agency (CIA) for what it is: a bloated government bureaucracy that has grown much too large to be restrained.

According to the document dump released by Julian Assange's whistleblower hub, this list of highly confidential information regarding the CIA emerged from the agency's Center For Cyber Intelligence in Langley, revealing details on the agency's "global covert hacking program."

The CIA's hacking effort has been so powerful and effective, the leaks show, that it includes the weaponization of exploits used against products such as the iPhone, Android phones, Samsung TVs, and Microsoft Windows. This means any of these devices can be used as spying mechanisms at any given time.

But perhaps most troubling is the revelation that the CIA lost control of the majority of its hacking arsenal over time. That includes viruses, malware, trojans, malware remote control systems, and the previously mentioned weaponized exploits. In so many words, this means the U.S. government has handed over the key to the most intimate secrets of every single one of us to anyone with access to these lost tools. By allowing the CIA to grow so absolutely powerful, we also allowed the agency to be absolutely careless with our own lives