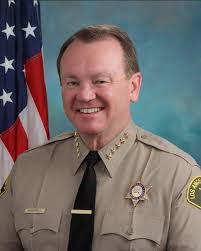 Los Angeles, CA — Domestic violence, bribery, theft, excessive force, brutality — these are just a few of the crimes committed by active duty sheriff's deputies with the Los Angeles County Sheriff's Department. In total, there are 300 deputies with a history of misconduct whom Sheriff Jim McDonnell thinks the public should know about. However, thanks to a protectionist court system and a powerful police union, the crimes of these cops may remain secret.

Having taken over one of the most corrupt sheriff's departments in the country, McDonnell appears to be taking steps to increase transparency and foster public trust. But these steps are being met with heavy resistance along the way.

In 2014, McDonnell inherited a department in chaos.

Tanaka, along with former Los Angeles County Sheriff Lee Baca and dozens of other deputies, were exposed in a horrific abuse scandal that shocked LA County. In fact, Baca's crimes were proven so grave in a civil suit, that he was found personally liable for $100,000, which he is to pay the victim directly out of his own pocket.

After seeing the breeding ground for corruption that McDonnell took over, it is no surprise his move to increase transparency is being met with such resistance. The years of corruption that festered under Baca did not happen in a vacuum. It was

Buckle Up! The Crackdown Has Begun

What If Jesus Had Been Born In The American Police State?

COVID-19 VACCINATION: Whatcha Gonna Do When They Come For You?