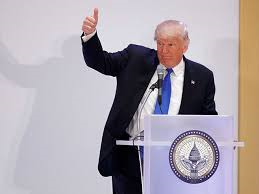 Haass meant the president should bring his National Security Council together to anticipate the consequences before tearing up the Iran nuclear deal, moving the U.S. embassy to Jerusalem or shooting down a missile being tested by Kim Jong Un.

In arguing against rash action, Haass is correct.

Where the CFR and the establishment are wrong, and Donald Trump is right, however, is in recognizing the new world we have entered.

The old order is passing away. Treaties and alliances dating from the Cold War are ceasing to be relevant and cannot long be sustained.

The greater danger for President Trump is that the movement he led will be abandoned, its hopes dashed, and the agenda that Trump rejected and routed will be reimposed by a Republican Establishment and its collaborators in politics and the press.