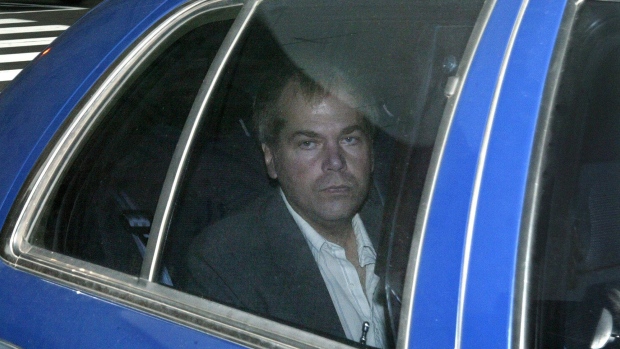 34 years after trying to assassinate Ronald Reagan in 1981, John Hinckley, Jr will be released from a psychiatric hospital and allowed to live with his mother in Virginia.

On Wednesday, a federal judge granted John Hinckley, Jr., the man who shot President Ronald Reagan, full-time release from St. Elizabeth's Hospital in Washington, D.C., where he has been in treatment since the shooting. Judge Paul L. Friedman delivered the ruling Wednesday, granting him full time convalescent leave to begin no sooner than Aug. 5.

According to the WSJ, the 103-page order from U.S. District Judge Paul Friedman said Mr. Hinckley's doctors have found he has "no signs of psychotic symptoms, delusional thinking, or any violent tendencies,'' and therefore "presents no danger to himself or to others in the reasonable future if released." The ruling means that 34 years after an attack that severely wounded the president and three others, Mr. Hinckley will be a free man—albeit with restrictions on his travel, communications, work and use of the internet.

Hinckley, 61, was committed to St. Elizabeth's Hospital in Washington, D.C. Over the past 12 years, his doctors and the courts have been gradually loosening his restrictions, over objections from the Justice Department, allowing him to go to Williamsburg, Va., for unsupervised visits with his family more than 80 times.