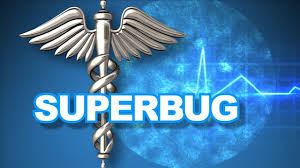 It is "almost too late" to stop a global superbug crisis caused by the misuse of antibiotics, a leading expert has warned.

Scientists have a "50-50" chance of salvaging existing antibiotics from bacteria which has become resistant to its effects, according to Dr David Brown.

The Guardian view on antibiotic resistance: a clear and present danger

Editorial: The spread of intensive farming in the developing world means were are picking a fight with evolution. This is one we are bound to lose

It comes after a gene was discovered which makes infectious bacteria resistant to the last line of antibiotic defence, colistin (polymyxins).

The resistance to the colistin antibiotic is considered to be a "major step" towards completely untreatable infections and has been found in pigs and humans in England and Wales.

Public Health England said the risk posed to humans by the mcr-1 gene was "low" but was being monitored closely.

Performing surgery, treating infections and even travelling abroad safely all rely to some extent on access to effective antibiotics.

It is feared the crisis could further penetrate Europe as displaced migrants enter from a war-torn Middle East, where countries such as Syria have increasing levels of antibiotic resistance.

Dr Brown told said: "It is almost too late. We needed to start research 10 years ago and we still have no global monitoring system in place.

The drugs don't work: our post-antibiotic future could already be here

"The issue is people have tried to find new antibiotics but it is totally failing - there has been no new chemical class of drug to treat gram-negative infections for more than 40 years.

"I think we have got a 50-50 chance of salvaging the most important antibiotics but we need to stop agriculture from ruining it again."

Resistance is thought to have grown due to colistin being heavily used in pockets of the agricultural industries, particularly in China, often to increase the physical size of livestock.

Worldwide, the demand for colistin in agriculture was expected to reach almost 12,000 tonnes per year by the end of this year, rising to 16,500 tonnes by 2021.

In the UK, nearly half of all antibiotics used are in farming, according to reports, although the use of it as a growth agent has been banned in the EU since 2006.

The unnecessary prescription and use of antibiotics as a form of treatment is also believed to be an aggravating factor.

Although the imminent threat of the resistant bacteria spreading throughout the UK remains small, it could worsen in Europe next year, Dr Brown added.

He said: "In 2016, a number of factors are going to come together - including the effects of the migration crisis.

"I think, for the time being, northern Europe will be okay. Southern Europe, places such as Italy and Greece, and the Middle East are more under threat because of weaker health systems and weaker monitoring systems. India, especially, could be in real trouble.