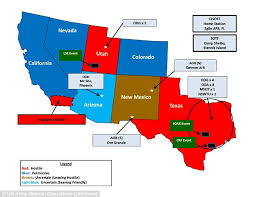 Late last week, when we covered the various signs that "something big" may be coming, we discussed the one "exercise that people have really been buzzing about" - operation "Jade Helm", an "unconventional warfare exercise" during which the states Texas and Utah will be designated as hostile territory.

Multiple branches of the US military, including Green Berets, Navy Seals, and the 82nd Airborne Division, will participate in the 8-week long exercise, which may result in "increased aircraft in the area at night."