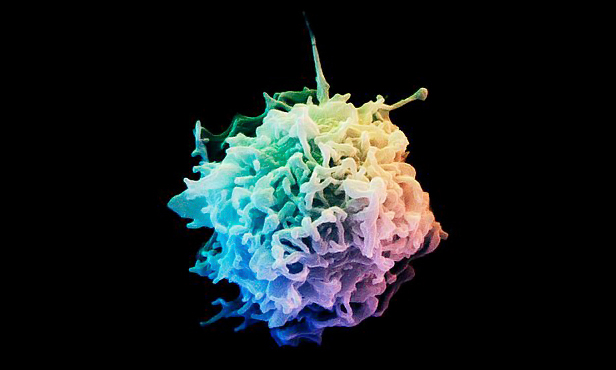 For some infectious diseases, traditional vaccines just don't cut it. Microbes that hide inside human cells and cause chronic illness aren't stymied by the antibody response generated by the kind of vaccine available at the doctor's office. T-cell vaccines, which activate a different type of immune response, could, in theory, better prevent or control such chronic infections, but so far nobody has been successful at transitioning T-cell vaccines from the lab bench to the clinic.

A Cambridge, Massachusetts, biotech company called Genocea thinks its high-throughput method could change that. The company will begin its first clinical trial later this year, when its experimental herpes vaccine will be the first test of its claims.

All existing vaccines rouse the body into creating antibodies that attach to the surface of infecting microbes and flag them for destruction. But pathogens that live inside our cells, such as the viruses, bacteria, and other microbes that cause AIDS, malaria, herpes, and chlamydia, can evade this surveillance. "In order to deal with those types of pathogens, oftentimes we have to stimulate what we call cellular immunity. Unlike antibody immunity, which recognizes pathogens directly, cellular immunity has to recognize the infected cell and get rid of your own infected cells," says Darren Higgins, a biologist at Harvard Medical School who studies the interaction between hosts and pathogens and is a cofounder of Genocea.