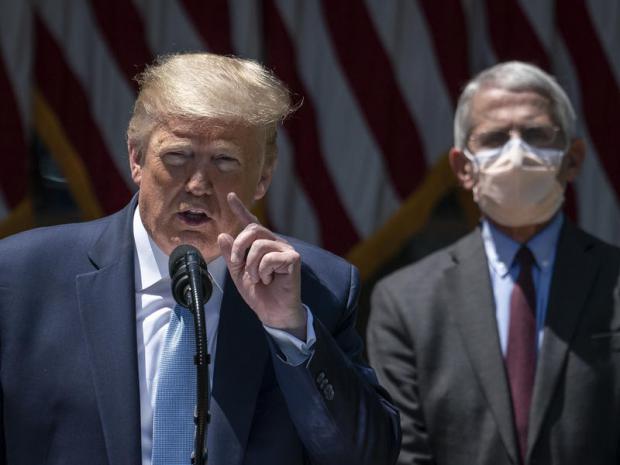 Trump and hardliners surrounding him are a public health and welfare menace at a time when addressing these issues responsibly is most needed.

They botched preparedness for what's ongoing — despite full knowledge of the threat throughout their time in office.

Their indifference toward public health and welfare, along with their war on humanity, define how  the Trump regime operates.

It's a diabolical menace to ordinary people everywhere, gangsterism over government of, by, and for everyone equitably and upholding the rule of law — standards the entire US political establishment considers anathema to its interests.

The Lancet called for replacing Trump with a leader dedicated to restoring a commitment to public health as bedrock national policy.

It called his regime's response to COVID-19 outbreaks and deaths "incoherent."

Indifferent and uncaring about public health and welfare best describe its contempt for ordinary people at home and abroad, viewing them as objects to exploit, not serve.

The problem in the US is that undemocratic Dems are no better than Republicans. Both right wings of the one-party state are two sides of the same coin.

They're on the same page on issues mattering most that's all about smashing sovereign independent nations to control them, serving privileged interests exclusively, and cracking down hard on activist supporters of peace, equity, social justice, and the rule of law.

That's what the US imperial war on humanity and neoliberal exploitation are all about.

Presumptive Dem presidential nominee Biden is a virtual Trump clone on domestic and geopolitical affairs of state with a party label and style difference alone.

Along with advocating for new US political leadership, The Lancet called for reinventing the US Centers for Disease Control and Prevention (CDC) to the high standard it was created to uphold when established in 1946 — ending its current "minimized…ineffective status."

It failed to protect the public health when most needed. As currently operating, it might as well be shut down and abandoned — replaced by a new independent agency that's wholly dedicated to protecting public health, free from political control.

For many years, funding the agency has been hostage to neoliberal dominance that eroded its effectiveness, The Lancet stressed.

In late February, the CDC's National Center for Immunization and Respiratory Diseases' director Nancy Messonnier "warned US citizens to prepare for major disruptions to movement and everyday life," said The Lancet.

The agency shares culpability with the Trump regime for failing to push hard for testing straightaway when COVID-19 outbreaks began, along with developing faulty test kits, The Lancet explained, adding:

To this day, the US under Trump "is still nowhere near able to provide the basic surveillance or laboratory testing infrastructure needed to combat the COVID-19 pandemic" — despite having years to prepare for what's going on, testimony to its contempt for public health and welfare.

"The CDC needs a director who can provide leadership without the threat of being silenced and who has the technical capacity to lead today's complicated effort," The Lancet stressed, adding:

"A strong CDC is needed to respond to public health threats, both domestic and international, and to help prevent the next inevitable pandemic."

"Americans must put a president in the White House come January, 2021, who will understand that public health should not be guided by partisan politics."

There's virtually none from both wings of the one-party state.

Even with one, there's nary a profile of courage in Congress, no one up to the high standard needed since Cynthia McKinney represented Georgia's 4th District for 12 years.

That's the disturbing truth about Washington's corrupted to the core system that's far too debauched to fix.

The only solution is tearing it down and rebuilding it with an entirely new political class.

A system polar opposite to today's US ruling class is needed — one serving all of the people all of the time, not its wealthy and privileged alone at the expense of most others like today.

500 Doctors Write To Trump Warning Lockdown Will Cause More Deaths