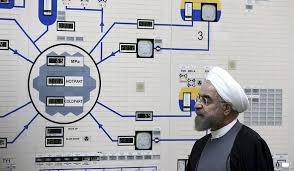 Iran Close to a Nuclear Breakout?

Throughout Islamic Republic history, US/Israel Big Lies about the country persisted — repeated by establishment media in both countries.

In response to the Trump regime's unlawful pullout from the landmark JCPOA nuclear deal, Europe following suit by breaching its mandated obligations, anti-Iran propaganda reports falsely suggest the country is close to a nuclear breakout.

Despite no credible evidence suggesting it, plenty of legitimate evidence debunking it, dubious insinuations persist — part of a 40-year war of words on Iran.

On Friday, Reuters asked: "How close is Iran to producing a nuclear bomb," adding:

The US, Britain, France, Germany and the EU breached the deal, not Iran, in full compliance with its provisions from inception in 2015.

It "contravened" none. No Iranian breakout time to the bomb exists because its ruling authorities abhor these weapons, banned their development, wanting them eliminated everywhere before they eliminate us.

As long as they exist, the threat of armageddon threatens humanity, especially with hardline extremists running nuclear armed and dangerous USA and Israel.

Reuters: "Both US intelligence agencies and the IAEA believe Iran once had a nuclear weapons program that it halted. There is evidence suggesting Iran obtained a design for a nuclear weapon and carried out various types of work relevant to making one."

No credible evidence supports the above accusation. Anti-Iran claims are part of longstanding propaganda war — while ignoring Israel's arsenal of nuclear, chemical and biological weapons.

Asking: "How close is Iran to having a bomb now," the correct answer was ignored, instead maintaining the fiction of a shorter Iranian breakout time to producing one.

No violations occurred. No breakout time exists. The Hill joined the baseless anti-Iran fear-mongering chorus — while ignoring the existential threat posed by the US, NATO and Israel.

Last September, it repeated the Big Lie, falsely claiming an Iranian "nuclear breakout could become a sneakout," another Big Lie.

The group made similar false accusations numerous times before over the past decade.

In November, the right-wing World Politics Institute falsely accused Iran of "getting closer to a nuclear bomb (sic)," along with falsely accusing its ruling authorities of "support(ing) terrorism and adventurism in the Middle East (sic)" — US, NATO, Israeli specialties, not how Tehran operates.

Countless times before, the same bogus claim was made, notably by Netanyahu at the UN and at home, maintaining nuclear ambiguity about his nation's open secret about its arsenal.

World community officials understand the ruse but refuse to set the record straight.

They ignore US-led war on humanity, falsely accusing Iran and other nations on its target list for regime change of things they had nothing to do with — including the Big Lie claim that Iran is secretly moving toward developing the bomb.

With Trump regime anti-Iran rage at a fever pitch, egged on by Israel, these accusations and other phony ones are likely to persist as long as DJT remains president and after he's gone.